It has long been disputed that Bob Dylan and Andy Warhol muse, Edie Sedgwick, had a love affair resulting in many of Dylan's songs being about or inspired by Sedgwick. The song "Leopard-Skin Pill-Box Hat" has been said to be specifically about their torrid romance.

The claims come from many mutual friends of Sedgwick and Dylan. Dylan denied the romance in an interview for Spin Magazine in 1985:

I never had that much to to do with Edie Sedgwick. I've seen where I have had and read that I have had, but I don't remember Edie that well. I remember she was around, but I knew other people who, as far as I know, might have been involved with Edie. Uh, she was a great girl. An exciting girl, very enthusiastic... I don't recall any type of relationship. If I did have one, I think I'd remember.

Sedgwick earned the title of "Queen of the Underground" for her contributions to the New York art scene in 1965 through 1966. During this time she was the muse of Andy Warhol, who filmed her in his underground films, including "Poor Little Rich Girl," where Edie can be heard singing along to Joan Baez's rendition of "It Ain't Me Babe."

Her association with Warhol began to dwindle as it was rumored she began hanging out with Dylan's crowd, eventually leaving Warhol's Factory to pursue an acting career under the management of Dylan's own manager, Albert Grossman. During this time, Dylan secretly married his first wife, Sarah.
To add fuel to the myth, Dylan's road manager, Bobby Neuwirth had an on-and-off again relationship with Edie from 1966 to 1967 before she was commited to a psychriatric hospital, later moving back home in California, where she died in 1971, at the age of 28.
In the book, Who Is That Man?: In Search of the Real Bob Dylan, Danny Fields claims Sedgwick left the infamous pill-box hat in his apartment. Fields is the subject of the recent documentary Danny Says, which details his life as a fly on the wall of Rock & Roll.

According to a video presented on the website for the documentary, artist, Justin Vivian Bond says Fields gave Bond the hat. Stating Bond would take better care of the hat better than Fields. Could this artifact be the actual subject of Bob Dylan's "Leopard-Skin Pill-Box Hat?"

Just recently, collection of personal items of Bob Dylan recent sold for $15-$20 Million to various institutions in Oklahoma for academic purposes. Most of the collection will be held at the Gilcrease museum in Tulsa. Among the 6,000 piece collection are lyrics, journals, films in photographs. In 2014, his handwritten draft for "Like A Rolling Stone" sold for $2 Million. 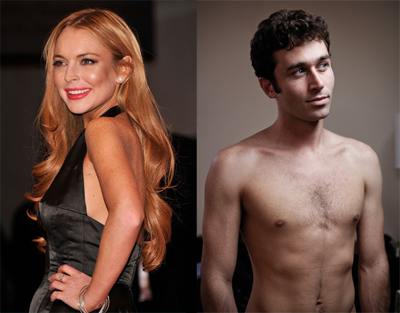 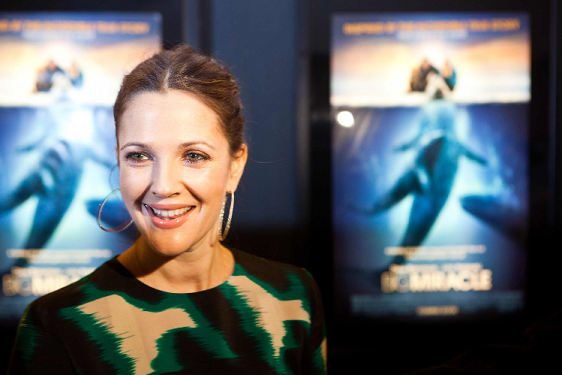 In her latest film "Big Miracle," Drew Barrymore plays a Greenpeace worker protecting whales from an Inuit tribe that hunt them, and a Northern Alaskan Oil Company that’s more interested in scoring an Arctic drilling contract. In the film, whales become trapped in ice and the characters are forced to band together and in order to save them.

“It’s okay that we all don’t agree on things,” Barrymore tells Nicole Lyn Pesce of NY Daily News, “but to just say, ‘We are going to work together on this even though I can’t stand what you stand for,’ I think, is just great.”

Although "Big Miracle" has been receiving positive feedback for allowing the "world" to "understand whale hunting," which is a tradition for the Inupiat and St. Lawrence Island Yup'ik People, it's Drew Barrymore herself that has been getting a lot of attention in the Native American community.

One of the many problems Native Americans face today is the appropriation of their culture. Many celebrities have been seen sporting stereotypical and traditional Native American fashions. Recently, a few (not enough) eyebrows were raised when Kourtney Kardashian had a "Cowboy and Indians" themed birthday party for her son.

This week it is Drew Barrymore's Facebook profile photo that has been getting a lot of criticism in the Native American community. In the photo Barrymore is seen wearing a headdress and a Budweiser apron. Most of the comments are asking for the photo to be taken down or/and an apology from Drew Barrymore, but that was when the photo was available for commenting. The photo is still up, however access to the photo (for commenting) has been recently disabled. 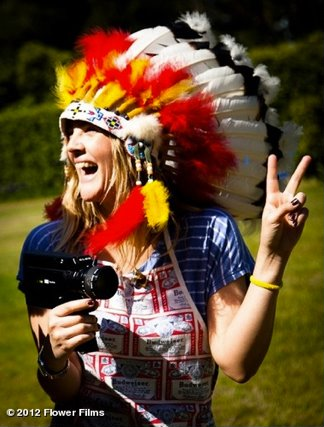 One person says: I've always loved you Drew, but I'm not loving the headdress. Natives don't get enough respect as it is, and dressing up like them for a costume or to have fun is adding to that disrespect. Believe it or not, there are thousands of Natives on here who will gladly tell you the same thing. And to everyone who thinks "What's the big deal? Get over it"...have no respect or consideration for culture, people, tradition, and things that are held sacred. If you wouldn't do it in front of a Native, you shouldn't do it when you think they're not looking...and we ARE looking...and not liking it...

Another person says: Please do your own research and/or have your minions inform you of the native cultures and our history (american history of genocide & further oppression of native peoples in this land) before parading in what you are told is merely "fashion".

One person argues that "cultures borrow fashion and culture [...] If it were something you consider positive you haters out there would be saying it is an honour to be copied"

Another says: why dont you enjoy life rather than ranting over past cultures

Another person says: it seems like you're [all] getting a little bit too upset over this. They continue with "i know nothing about NA's [Native Americans] so i didnt see how this is all disrespectful"

One person asks: You worked directly with the Inuit people in your whale movie - didn't this experience give you SOME SENSE of respect for Indigenous peoples?

More comments can be found here and throughout her Facebook Fanpage

Adrienne of Native Appropriations writes “Not only do you give us the stereotypical war bonnet,” she continues, “you give us an association of Indians with alcohol, which is probably right up there with the worst possible stereotypes of Native people in the world ever.” Adrienne also wrote this blog But why can't I wear a hipster headdress? I GOT DAT GUSHY STUFF!